Kerikeri High School international students got stuck in to a real kiwi style sports event at the Bay of Islands Beast event near Paihia.

This is a super tough course over rolling countryside; navigating swamps, river crossings, lots of mud, some very steep hills and traverse rugged uneven terrain. It is designed to be tough but fun.

As kiwis, we grow up barefoot and covered in mud/dirt/sand so this kind of uniquely kiwi adventure race is second nature. For many of the international students, this is completely new and a complete opposite to the way they grew up in large clean cities running on flat concrete paths. 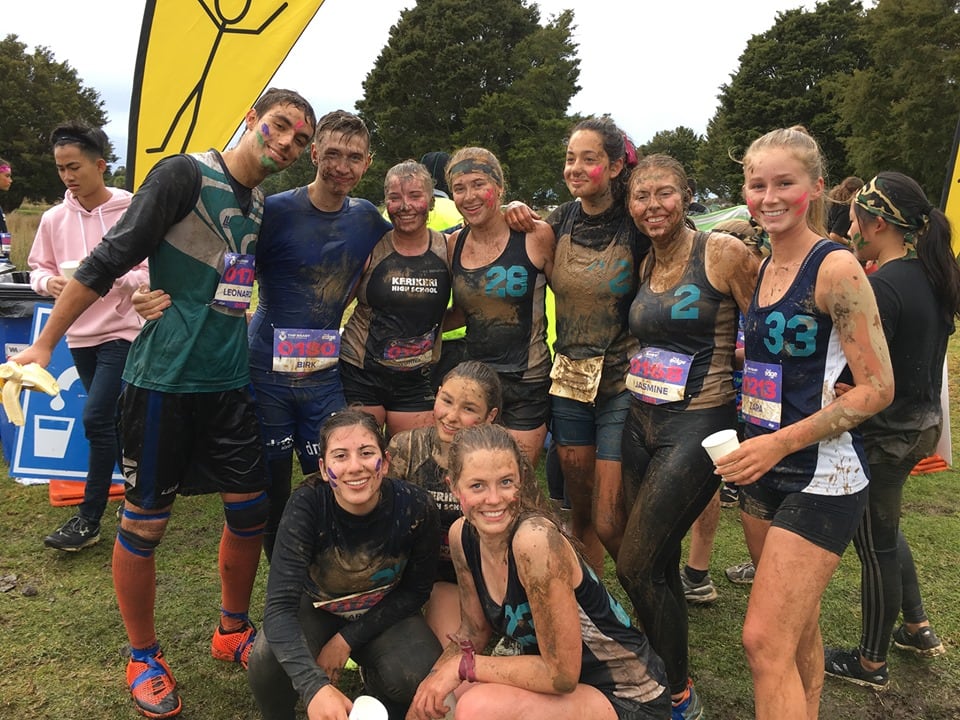 “The mud run was really fun. You didn’t need to take it seriously unless you wanted to. But we could swim around in mud and get really dirty. We can’t do things like this in Norway, so it was really cool. It wasn’t all about winning but getting most dirty and there was so much mud in some places that you could slide down on your butt or tummy. And it was AWESOME!!”
- Eline Risan

“I did the mud run and it was the first time for me! I always wanted to do something like that and I was so happy that I had the opportunity to do it with my friends. We had so much fun! We threw each other into the mud, we were full of mud and just looked like a beast! It was very very nice. Thank you New Zealand.”
- Jasmin Sprecher

“Lots of fun, lots of mud, something new, something cool.”
- Leonardo Fresa

“The mud run has been the opportunity to do something I’ve always wanted to do. The feeling of freedom and the fun I had is something I won’t forget.”
- Beatrice Marini

“The mud run was fun, I got the opportunity to soak all my classmates in mud. J I really enjoyed that, as well as having no worries while you were covered in dirt.”
- Birk Langleite

I did the mud run because it was something completely new! Back in Germany I’ve never heard of something like that and I really enjoyed it. At first I tried to stay as clean as possible. However, that changed quickly! As I finished approximately half of the run another international started throwing mud at me and other people. In a few minutes that became a mess. To summarise, it was not just a really fun experience which I can highly recommend but it also make us students come closer and improved our sense of community.”
- Kaja Franke